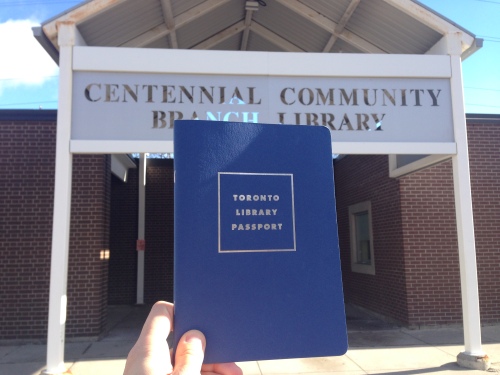 The Centennial Library was opened by the North York Public Library in 1966, and was brought into amalgamation with the Toronto Public Library in 1999. The Branch itself was renovated in 1997, and its hours were increased in 2010. Although this is a community library, it is surprisingly large, and it has very poignant and interesting features. Let’s dive in!

The Branch serves a large community of new immigrants to the country. Thus, the Collection features very extensive multilingual holdings. These include holdings in Russian, French, Hebrew, Korean, Spanish and Tagalog. There is also a multilingual audiovisual collection. The Branch also collaborates with the local YMCA to bring newcomer resources to the Library. This includes free English Classes and an onsite settlement worker. Everyday at 12 PM, a settlement worker mans a desk to provide their resources to the community.

The Branch also has a few notable programming options, including a knitting club and a Youth Ambassadors Club.